Does Your Security System Need an Upgrade? 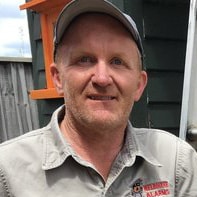 3 reasons why you should upgrade to a smart security system

If your home security system is more than 15 years old, it might be time to consider an upgrade.

There are three reasons why you’d want to upgrade your alarm system:

The good news is you have a couple of options. And with the huge changes that have happened with alarm technology, it’s never been easier.

With an upgraded security alarm system, you get an app to control and monitor the system – for free!

You can also control other systems like gates and doors.

You can even integrate security cameras for even greater peace of mind. 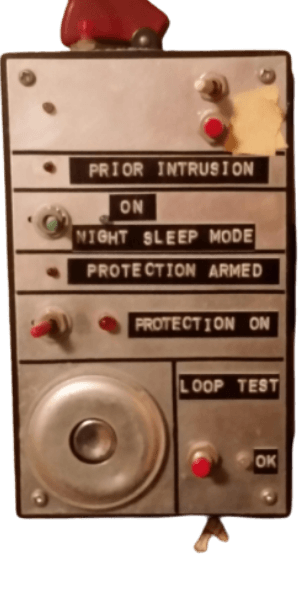 How Can I Update My Old Alarm System?

Don’t worry, upgrading does not necessarily mean completely stripping out your existing alarm system and starting again from scratch. If you’ve already spent a significant amount of money installing a system, it would be a shame to waste that investment.

There’s a way to reuse the parts of your alarm system that are still working perfectly while changing some of the tired, worn-out components. and gain some handy new features.

Here are the two most popular options that we implement every day for our customers. Both options are suitable for business or home security systems.

Upgrade Option 1 – Replace the alarm panel. Reuse everything else

The alarm panel is the heart of your alarm system. It is the part that determines the features and options that your system has. A popular upgrade path is:

1 – Replace your old control panel with a Bosch Solution 3000.

3 – Reuse all your existing wiring, sensors and sirens

5 – Add an ‘Output Module’ if you want to control gates, lights or sprinklers from the app.

A control panel upgrade is a great option if your sensors are still working well.

By ‘working well’ I mean you don’t get false alarms when the alarm system is armed.

A Control panel upgrade with the app interface will set you back around $900.00.

You’ll end up with a rejuvenated system with more handy features than your older wired alarm system. You can expect at least another 12 years from the new control panel. If you re-use your existing motion sensors, they can be progressively replaced as they become old, unresponsive or problematic.

Features of The Free Bosch RSC Plus App: 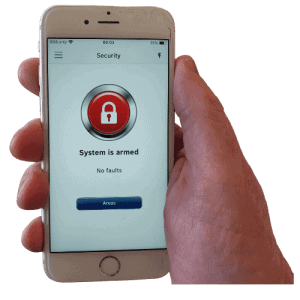 Control Other Devices From Your Bosch App 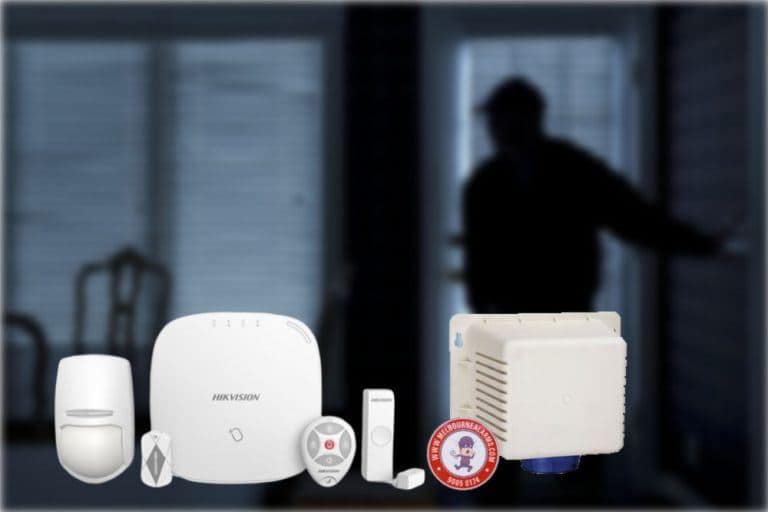 If you need a bit more from your alarm you can upgrade your alarm system with a new ‘smart’ system.

This involves removing the old system completely and replacing it with the best all-round wireless security system currently available….

The app is even more useful because all the other Hikvision security devices work with it.

Better still, the app can link all these devices together so they work as a single system.

For example, let’s say you had a motion sensor and a camera in the living room.

If the sensor is triggered while you’re away, the camera will send you a high definition video clip showing you exactly what caused the alarm.

And it all happens in the same app. 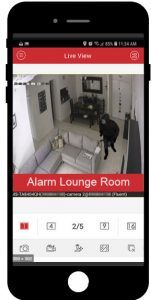 With less intelligent systems, you need to open the app for the alarm system to check which sensor was triggered, close the app, open the CCTV app and find the relevant footage!

(That’s why if you’re going to have a CCTV system at your home it MUST be integrated with your alarm to be of any use at all.)

The Hikvision Axiom solves that problem.

There are a lot of these so-called smart systems out there but only a very few have all the features that make a full upgrade worthwhile.

The system I recommend is the Hikvision Axiom because it’s the only ‘smart’ system that gives you all the features listed above as well as a few fancier options not available with a control panel upgrade.

I have purchased and tested over 12 smart systems including:

While most are OK, none have all the features of the Hikvision Axiom which is why I can confidently recommend it.

It provides an early warning if an intruder sets foot on your property. Be alerted about a trespasser long before he gets into your home.

The early warning gives you a chance to assess the situation and respond appropriately while the intruder is still outside.

As a bonus, it can also let you know that genuine visitors are arriving during the day.

These popular sensors can be placed to warn you if someone is trying to break into your shed, studio, or tamper with your car, boat or caravan. 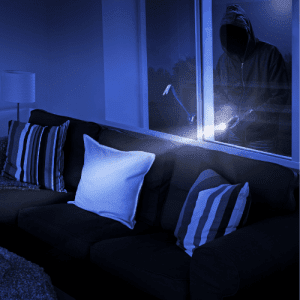 The latest alarm systems from Hikvision allows you to integrate video verification cameras into your security alarm system.

Of all the alarm systems that I’ve tested, the Hikvision is the only one that handles CCTV integration properly.

Surprisingly, even the big guns in the alarm business such as Bosch and Hills haven’t introduced this valuable feature yet

If a sensor in your home (or office, shop etc,) is triggered the camera captures the event. You’ll receive an alarm on your phone as well as a 30-second high definition video clip showing you exactly why the alarm was triggered. And all from the same Hikvision app .

With some security systems, you have to log into one app to check the alarm, then switch to your camera app to search through the footage to find what caused it. The Hikvision  Axiom presents both the alarm and the video clip on one clear screen. You can quickly determine what has happened.

This makes self-monitored security systems a really viable option. You no longer need to pay expensive alarm monitoring fees which often means shelling out for a patrolman to investigate the reason for your alarm going off.

You have all the information on your smartphone so you can respond appropriately.

Your alarm footage is stored in the cloud’ for 30 days

And if you share the app with family members and trusted friends, they will also receive the alerts and can respond if you can’t.

Another unique feature of the Hikvision app is the ability to trigger a ‘panic’ alarm from the app.

Once triggered, all app users receive an instant notification that you need assistance and can provide a quick response. The panic alarm can be programmed to simultaneously sound the sirens at your home or be set to send a ‘silent’ alarm.

You can set the level of control for other app users so they receive alerts but can’t arm and disarm the system.

And the best part is the app is completely free.

Wireless is Now As Good As Hardwired

After 40 years of installing and servicing alarms, I’ve got some definite ideas about wired alarms versus wireless system

My first option is to use a wired alarm system if it’s possible. (And it’s almost impossible in the new generation of multilevel apartments that are going up all over the place)

I haven’t changed my mind completely however the Hikvision Axiom wireless system is really testing my allegiance.

The sensors are attractive and blend with most decors.

The standard sensor is PET tolerant to 24 kilograms with no reduction in sensitivity when detecting humans.

The sensors use Two-Way wireless technology.

This is a bit of a technical point, but it makes ALL the difference in providing reliable security. I’ll give a quick explanation if you’re interested:

The battery-powered motion sensors in traditional One-Way wireless systems are always on. The sensor can ‘talk’ to the panel to tell it someone is moving but the panel cannot ‘talk’ to the sensors to tell them if the owner has switched the alarm off.

They conserve battery power by going into ‘sleep-mode’ for 3 minutes when an intruder triggers the sensor.

This outdated technology can really compromise your security.

In a modern security system using 2-way wireless, the alarm hub can also ‘talk’ to the sensors.

When you arrive home and disarm the alarm system, the alarm hub sends a message to all the motion sensors to turn off. This conserves precious battery power by not sending messages to the alarm hub while you’re home.

When you arm the system before going to bed or leaving your home, the hub sends another message to the sensors to switch on so they’re ready to detect an intrusion.

This not only extends the battery life of the sensor but also means the sensor picks up movement every time it is triggered by an intruder.

If none of that made sense, let me summarise:

If you’re considering a wireless system make sure it uses two-way technology and you can’t go wrong.

If you’re ready to upgrade your alarm system, speak to Robyn in our office now. She is an expert on all the latest systems and can answer all your questions.

I think you’ll be impressed with what the latest technology can do and how simple it is to use.

We’ll find the perfect solution for you no matter what you need.

This is all we’ve done for 40 years and when it comes to protecting your home and family, experience matters.

PrevPreviousWill My Alarm System Still Work If The Power Fails When I Connect to NBN?
NextHow a Surprisingly Affordable Security System can Prevent you from Coming Home to a Break-in!Next